The “Fantastic Five” Superheroes Fighting for 7.3 Million Children with Special Needs Prepare for the U.S. Supreme Court. Seeking Justice for the Forgotten Children.

Having Already Sued the Gov. of California and Won. We have been joined by Attorneys Maxwell V. Pritt, Erika Nyborg-Burch and Alex Holtzman of Boies Schiller Flexner as we represent special education students who were denied their education rights during the COVID-19 global pandemic in a 9th Circuit court case for Oral Argument.

Not Since Brown v. Board of Education Has There Been a Team This Strong Seeking Justice for Kids With Special Needs

James D. Peters III The Executive Director of the Top Special Education Law Firm In California insists “We Just Got much Better”!!

“This team of legal and educational experts are prepared, and devoted, to take this case to the U.S. Supreme Court if we need to.”

We have been joined by Attorneys Maxwell V. Pritt, Erika Nyborg-Burch and Alex Holtzman of Boies Schiller Flexner represent special education students who were denied their education rights during the COVID-19 global pandemic in a 9th Circuit court case for Oral Argument with James D. Peters III present.

Boies Schiller Flexner a “national litigation powerhouse” (The Wall Street Journal) and as “one of America’s most successful and sought-after law firms for cases that matter” (The American Lawyer).

Our Special Education Law Firm Executive Director James D. Peters III announced in March 2020. “No parent will be charged a retainer or any other fees when suing to obtain educational compensatory education for their child.” However, Time is running out! Click on the link!

Newsom acknowledges shortfalls in special education services during pandemic – KCRA
The pandemic has presented problems for many of California’s nearly 800,000 students with special needs. On Wednesday, Gov. Gavin Newsom acknowledged those shortfalls and explained what…
www.kcra.com 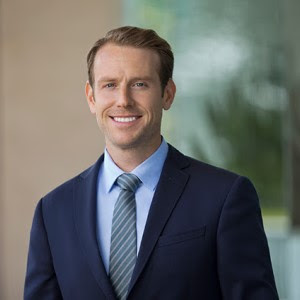 Max is Chair of the Bay Area Lawyer Chapter of the American Constitution Society and was appointed by the California State Bar to the Judicial Council of California, which is responsible for ensuring the consistent, independent, impartial, and accessible administration of justice. He also recently served on the Judicial Nominees Evaluation Commission of the California State Bar, which vets the governor’s potential judicial candidates. In addition, Max is a Lecturer in Law at Stanford Law School and has taught at UC Hastings College of the Law, and he regularly presents on intellectual property, constitutional, and trial practice issues for legal industry and educational groups. 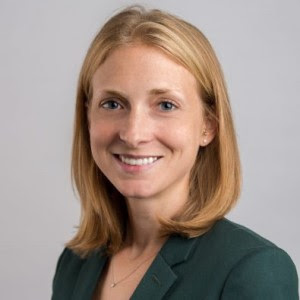 Erika joined the Boies Schiller Flexner firm after practicing civil rights and liberties litigation with the ACLU. Prior to this position, Erika worked as an immigration attorney for The Bronx Defenders. Erika also clerked for the Hon. Thomas L. Ambro of the U.S. Court of Appeals for the Third Circuit.

Alex is a trial and appellate litigator in the San Francisco office. His practice focuses on state and federal complex civil litigation. Alex has particular expertise in pretrial and appellate procedure. Alex joined BSF after clerking for Judge Michelle Friedland of the Ninth Circuit Court of Appeals and Judge Vince Chhabria of the Northern District of California.

In law school, Alex was a Coker Fellow, managing editor of Yale’s Journal on Regulation, and executive editor of the Yale Law & Policy Review. Alex received the Massey Prize for client and community service and interned for Vice Chair Ann Ravel of the Federal Election Commission.

Alex was a Stanford Fellow at the Lawyers’ Committee for Civil Rights and interned for San Francisco Mayor Gavin Newsom and District Attorney Kamala Harris.

Yale Law School is one of the world’s premier law schools, offering an unmatched environment of excellence.

Pete has been an attorney at law and licensed to practice before all courts of the State of California and all federal courts within or serving California. He graduated from Vanderbilt Law School in 1972 and was admitted to the California Bar in that year. He was on the Editorial Board of the Vanderbilt Law Review. He has served as the Chair of the Federal Courts Committees of the Los Angeles County Bar Association and the California State Bar Association. ?He practiced civil litigation, as a litigator, in all counties in Southern California since Pete began his law practice in 1972. He has represented the Santa Ana Unified School District in administrative proceedings and represented the San Jose Unified School District in federal civil litigation. He has represented the Pasadena Unified School District in both state and federal (including the U.S. Supreme Court) civil litigation and in administrative proceedings. He also represented various parents and/or their children in administrative proceedings relating to claims for a free and appropriate public education. Pete has worked with and mentored James D. Peters III the Law Firms Ex. Director for over a time, span of 30 years.

HISTORICAL MOMENT
JUDY HUEMANN AND JIM PETERS HAVE BEEN FRIENDS FOR OVER 20 YEARS. JUDY HUEMANN IS THE FORMER ASSISTANT U.S. SECRETARY OF EDUCATION IN THE CLINTON ADMINISTRATION.

Jim has been helping people with disabilities and their families to search for human dignity and companionship for over 20 years. He livesand understands the feelings and struggles of over seven million Americans who have disabilities or who have family members with disabilities, or are affected

by disability laws. He has been improving and enabling education for all. He has taught Special Education Law at California New Hope University, and communicates regularly with members of Congress on both sides of the aisle.

Jim Peters found himself fighting his school district for appropriate educational placement and services for his young son and attending law school. Jim had quick successes against the school District. Just as quickly, he had other parents seeking information and his assistance with their children as well. Assistance for children not only diagnosed with autism, but other severe disabilities. Jim then became proficient in services, programs, treatments, and laws pertain to various diagnosis.